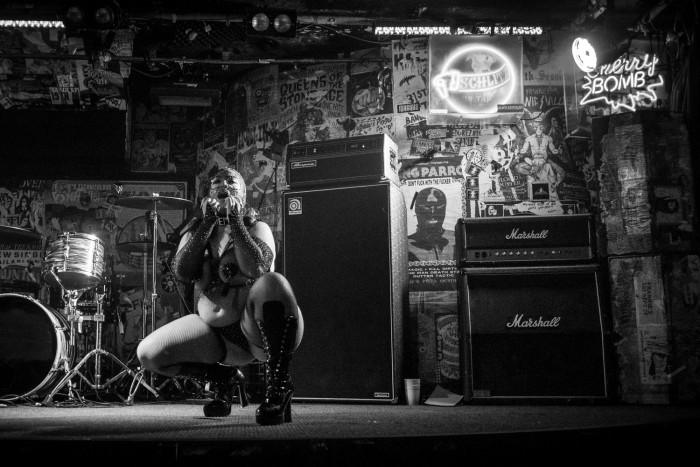 Demon Derriere is a body-positive powerhouse. A ball of meteoric energy, gutsy, fun, funny, and full of gusto. She rocks a solo show that's part burlesque, part Rocky Balboa fight, and leads a troupe of performers called the ASSassins, a live outfit in which she's the cheerleader, coach and star quarterback all in one. Her outlook is infectious, and she always leaves you feeling like a million bucks! It seems she's amassing a small army too, so we decided to get in and get a deeper sense of what she's all about.

Butts, more like fat ass and booty. Booty’s are a huge part of the body positive movement! Fat asses reclaims the saying “does my ass look big in this?”. So many babes including myself feel liberated by worshipping our fat asses...also butt play...hellooo!!!

And, fat asses pay homage to twerking….a dance move that shouldn't be done by Miley Cyrus!

Brains, we’d be zombies without them. Brains, intuition, and knowledge will get you far, boobs and butts will help us seal the deal even more! Sex sells baby, and I’m okay with that!

Seems you're on a quest to uproot the notion of negative body image, what tipped you into this evangelical role?

Trauma, discrimination, shame, and fatphobia. All my bad experiences related to body image lit a fire up my fat ass to reclaim my body by putting my middle finger up in the air to negativity and shame. Fuck media, fuck diet culture, fuck body-shaming - time to embrace my lumps and bumps.

I felt like I was forever seeking a role model and couldn't find any as I was looking in the wrong place. Media wasn't about to give me one. Later down the track realising that my mother, Mama Derriere, was exactly that! She was my role model but I wasn't aware of it or simply hadn't accepted that until later years. Mama Derriere is a curvy juicy MILF who would always run around the house naked or happily rock a swimsuit in her gorgeous voluptuous body. She'd say, “if you don't like it, don't look!” She taught me not to give a fuck about people's opinions. I don't think I truly accepted her life’s motto mentality until I hit my late 20’s. I had to cut people off. Say goodbye to friends who were fatphobic or obsessed with diet culture, quit your shitty job, unfollow certain celebs to get rid of that negativity, and change your language.

It sounds hippy dippy as fuck but I had to search within myself for self-acceptance. I had to nurture myself, reprogram my subconscious mind, and fuck off negative talk by writing journals, learning the new language of ‘self-love’, saying goodbye to scales, and steering clear from people who spoke negatively about their own bodies out of fear I would crawl back into my old ways.

It’s HARD WORK but I'm dedicated. I'm in it now and don't want to stop. I love not giving a fuck, but more importantly, I want to get that message across to everyone else.

"I almost feel obliged to be a role model to other babes who have yet to accept their bodies."

Help us understand what it means to have a negative body image. What kinda implications does it have on one's lifestyle?

Rather than focusing on what negative body image means, focus on what being positive means! We make it way too easy for ourselves to jump to the bad shit. Aim for happiness or contentment rather than pessimism. Stop using the words struggle, ugly, gross, ‘if only’ and focus on; love, joy, liberation, and freedom. Easier said than done for some but language and good self-talk will get you far.

What about an idealistic body image? Can you describe some of the life positives that spill out of it?

For me, ideally, I wouldn't need to have these conversations. I'd be able to walk down the street in tiny booty shorts without anyone calling me ‘brave’, ‘bad ass’, ‘liberated’ or even ‘gross’ and ‘disrespectful’. Society cares too much about body image whether it be positive, negative or neutral.

We know the lion's share of mainstream media still casts praise at the white-bread body ideals, but are there any players out there in the public eye sharing the right message?

What is the ‘right message’? For me, it's that ALL bodies are worthy, valid, and beautiful. There is a big shift in mainstream media which I believe is triggered by the BLM hype.

"This strong sense of community that’s been created has raised so much awareness around discrimination and has given misrepresented bodies a platform for their voices to be heard."

I recommend following the babes and organizations listed below:

*(This question was inspired by a text received on Father's Day saying 'being a great Dad' is true big dick energy. Haha. I loved that!)

For me, BDE highlights toxic masculinity. It implies you need to have a big dick to be strong and successful. I hate the term ‘Big dick energy’ but what a great way to reclaim it as you just did! If being a great Dad is important to you and connecting that with the junk in the trunk then sure, own it!

I’m all about reclaiming toxic shit. Hence why I called my body positive festival ‘BIG THICK ENERGY’, it was about reclaiming a phrase which outcasted me, my anatomy and my gender. Big Thick Energy is about taking up space and liberating your body and voice.

I'm interested in your heightened state of liberation. How does this self pride benefit your day to day? Do you think it's allowed you to be more sexually exploratory?

However, I don't always feel like this. Some days I'm not feeling it and want to be left alone, but the contrast of young Demon who was too embarrassed to walk around naked, would only fuck in the dark and under the covers, to now...a total exhibitionist… is so fucking liberating!

At times, I do feel I need to be performative, as Demon is a provocative and predominantly sexual character, which makes me think that people are only fucking me to feed their ‘dancer’ fantasy and to have bragging rights to say ‘ I fucked that chick’...See negative self-talk! But when I'm feeling my best and most liberated I change that talk to “Mamma is gonna fuck the shit outta you!” All that liberated energy makes me wanna dominate whatever lucky lover I have for the night. To have them worship me and my fat ass is an act of self-love. And it's ‘oh so hot’ for everyone involved! Giving back to the community, see!!

You're one of the more loud and proud characters I've encountered, but still, everyone has a filter. If I was to ask you to drop the filter, fuck everyone and be entirely uncensored for a minute. What would you tell us?

Are you trying to ruin my image here?!

I’m really just a sensitive little jelly bean and a total dag with a goofy laugh! But forever passionate and a little hot-headed.

BIG THICK ENERGY is for EVERYONE! The word ‘thick’ doesn't mean you have to be big or fat. It's merely a mental state. It’s to encourage people to be themselves, unapologetically.

"When I debuted BTE in March 2021 I had allllll bodies on the stage. BTE will forever be an inclusive and accessible space for all to revel in."

What advice would you give to anyone hoping to start on the path to self love and acceptance? Is there a logical starting point?

As I mentioned before, language goes a long way. Change the hard vocab you use on yourself and use more positive and nurturing terms, do some serious self-searching and cut the judgemental fuckwits out of your life.

The act of self-love and acceptance is forever a work in progress. There’s no end to this self-loving journey. 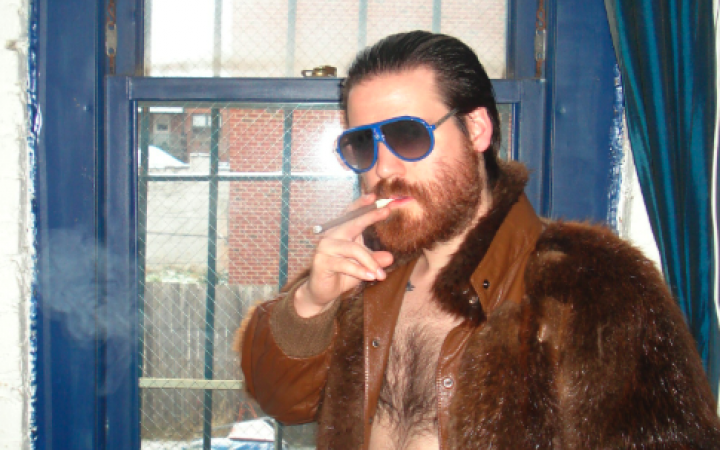